Volunteers serve on the Family Promise of Gwinnett Board (FPOG) of Trustees. They usually serve for three years, but it is possible to serve in short-term roles. For information on becoming a Board member, e-mail info@familypromisegwinnett.org. 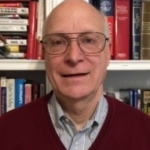 Smitty Thomas, Board Chairperson, earned a degree in political science from the University of North Carolina at Asheville. He began his career with the Singer Corporation, transitioning to a food services distributor in the Baltimore/ Washington, D.C., area before becoming employed by Sonoco Products in Norcross. Retiring from his business career last year, he and his wife raised one daughter and have two grandsons.

Smitty has been very involved at First United Methodist Church of Lawrenceville for more than 30 years. Through his church, he was one of the first volunteers for Family Promise of Gwinnett (FPOG), serving as a van driver as well as Bed Race volunteer. He also has been involved with the Central Gwinnett High School Foundation and was recently appointed to the Lawrenceville Development Authority. 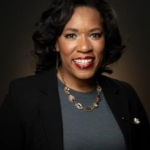 Imani McClinton-Jackson is Board Treasurer and a member of the Fund Development and Finance Committees. She graduated from Florida A&M University with a bachelor’s degree in business administration and a concentration in accounting. She is currently working on a master’s degree in business administration. In recent years, she applied her administrative acumen as executive assistant to the vice president/controller of Southern Company Gas, providing key support to employees regarding compliance issues. Her prior position was at Centers for Disease Control and Prevention as executive assistant to the Director of Appropriations.

Imani is very close to her family who taught her from the cradle the importance of volunteer work. During the pandemic, for example, she assisted her local food bank with packing and distributing food boxes to families experiencing food scarcity. As a trustee, Imani serves on our development committee and looks forward to bringing to fruition the vision of Promise Haven via her work as member of the finance committee. A resident of Peachtree Corners, she attends Hopewell Missionary Baptist Church in Norcross. As a graduate student, her main hobby is catching up on sleep!

Donna McCleod is Board Secretary. Photos and biographical information to come. 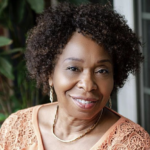 Jeannette Best-Nunez, Chairperson of the Public Relations Committee, joined the Family Promise team as a volunteer coordinator in 2007 following her relocation to Georgia from New York. The attraction was immediate and, as a member of St. Edward the Confessor Episcopal Church in Lawrenceville, she has served as is Family Promise of Gwinnett volunteer coordinator ever since.

Jeannette currently works as a freelance editor. She holds a bachelor’s degree in English/Education from Queens College (CUNY). Prior to becoming semi-retired, she was Managing Editor of the international peer-reviewed journal of the non-profit American Health Foundation, Preventive Medicine, before moving to corporate as Assistant Communications Director at JP Morgan (AC).

An avid supporter of the arts, Jeannette was a founding member of the Caribbean Theatre for the Performing Arts where she performed as a dancer/ actor/poet for 25 years and now serves on their Board. Jeannette is an active member of St. Edward’s and chairs the Outreach Ministry, Social Justice Committee and sings in the choir. She has two adult children and two absolutely wonderful granddaughters. She enjoys spending time with her family, reading, traveling with her husband, and cooking. 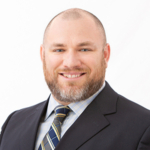 Jason Bright earned a degree in mechanical engineering from Georgia Institute of Technology. He spent most of his career working as a business development leader in the mining and oil and gas industries then in 2018, he started his own practice as a financial advisor with Thrivent. He and his wife are raising five children and a 95-pound Catahoula.

An active member of 12 Stone Church in Lawrenceville for 15 years, Jason has served in the worship ministry as well as marriage support and recovery ministries. For the past five years, he has also served on the board of directors for Bearings Bike Works, a youth skills development organization in southwest Atlanta. Jason is passionate about using his time, talent, and treasure to serve the community as well as about finding ways for his family to give of themselves. 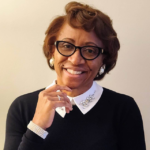 Elizabeth Bailey Copeland has been self-employed since 1998, empowering people to be leaders in her role as a leadership/team development coach and business consultant. Currently, she serves as Executive Director of Georgia Christian Business Network and God’s People Ministry, Inc.

Beth has a passionate desire to enlighten individuals of their awesome responsibility to walk in leadership. Beth is a magnetic presenter; captivating the audience and stimulating action for positive change. She has successfully partnered with local and national organizations to facilitate cultural change, acquire next-level leadership skills, and to develop a champion attitude. Beth’s number one objective in ministry is to lead every individual to realize that God has a plan, and they are part of it.

Beth has been a resident of Lawrenceville for 49 years. She and husband have four children and three grandchildren. 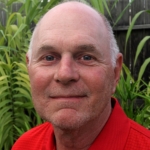 David Houtz is Co-Chairperson of the Facilities and Transportation Committee and a member of the Fund Development Committee. He earned his bachelor’s degree in meteorology from Pennsylvania State University. His nearly four-decade career as a meteorologist at The Weather Channel perfectly prepared him to launch, in recent years, his own weather forecasting and consulting business: Weatherlincs.

Married with one adult daughter and three grandchildren, Dave still finds time to golf and enjoy college football as well as work part time at O’Reilly’s Auto Parts.  Moreover, his volunteer work at his church, First United Methodist of Lawrenceville, goes back three decades.  Dave was part of our inception 15 years ago. He has volunteered with Family Promise of Gwinnett as a driver, overnight host, Bed Race and Golf Tournament participant.  As a trustee, he co-chairs our facilities and transportation committee and directed our annual Golf Tournament fundraiser in 2021. 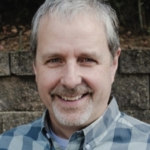 Andy Ivey is Vice President for Advancement at TMS Global where he leads the financial development and marketing teams. There is He serves on the executive leadership team to develop and implement the organization’s strategic goals. Andy previously worked for Compassion International, The Grizzard Agency, the National Wild Turkey Federation, Habitat for Humanity International, and Operation Mobilization.

The Atlanta native earned a bachelor’s degree in marketing from Samford University in Birmingham, Alabama. Andy is passionate about the outdoors, baseball, fishing, boating, golf, and soccer. He and his wife have two teenagers and one adult child. 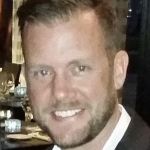 Bill Lawyer is member of the Fund Development Committee. He is a business development strategy professional in the aerospace industry where he’s worked for over two decades. In 2019, he volunteered in both the FPOG Bed Race and the Golf Tournament, peaking his interest in Family Promise.  That interest, paired with an international mission trip, drew Bill to raising awareness about homelessness in the community and around the world.

Bill and his wife have four daughters.  He is active in their church as well as serving their community as a coach and as a board member for youth athletics. Bill hopes to positively impact many lives in our county by raising the awareness of the important mission of Family Promise of Gwinnett and by supporting its guests. 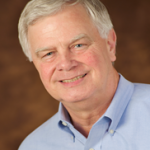 Darcey Tatum is the Co-Chairperson of the Facilities and Transportation Committee. He is a retired executive for a defense contractor, Meggitt Training Systems, which he joined in 1992 and where he served as an international program manager.  Prior to that, he served for 22 years as an officer in the U.S. army in various positions that included combat tours as an army aviator and working at the Pentagon as a staff officer. He received his bachelor’s degree from Auburn University and his masters in systems management from University of Southern California.

Since retiring in 2015, Darcey has served in a number of leadership positions at his church; in 2019 he was awarded the Bishops Cross from the Episcopal Diocese of Atlanta for his leadership and commitment to volunteer service. Darcey developed a passion to help the homeless in recent years as he volunteered to aid a local homeless family at his church, St. Edwards.  He and his wife raised four children and have 11 grandchildren. 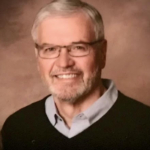 Ron and his wife enjoy traveling, working on special projects, and volunteering for their church. They live in Lawrenceville and are members of First United Methodist Church. Their two adult children also live in Georgia. 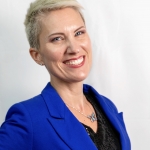 Carol Love, Executive Director (non-voting member) came to Family Promise of Gwinnett from Wilbanks Partners where she focused on marketing, events, and client relationship management. She was the founding Director of the former SaltLight Center and is excited to come back and work with the churches, donors, and volunteers. Her business career began with Ernst & Young as an analyst in the fraud and investigative disputes services group, and she subsequently became a marketing associate in the firm’s financial services advisory group.

Carol earned a bachelor’s degree in accounting from the University of Georgia’s Terry College of Business. Carol’s pride and joy is her son Tristan, who recently gave her the title of soccer mom. She is grateful that the Lord has led her back to Family Promise and is enjoying the adventure.