Our mission is to mobilize communities and congregations to help end homelessness – one family at a time. We are one of 200 affiliates of the national Family Promise program.

The national program began with a simple act of compassion. Family Promise of Gwinnett has helped stabilize housing for more than 3,000 guests since 2005.

We began in 2003 when Carter McInnis, then the associate pastor at Lawrenceville First United Methodist Church, overheard a conversation at a Taco Bell restaurant. The conversation was about having a meeting to discuss an organization that used houses of worship to host families in need of shelter. The program was then called the Interfaith Hospitality Network.

Carter was intrigued and thought that his church might be willing to host such a gathering. After a conversation with his Senior Pastor, the meeting was scheduled.

One of the people attending from Lawrenceville First United Methodist Church was Tom Cioffi.

Tom shared the idea with several church members. Along with people from other congregations, they formed a steering team, and Tom was the first Board of Trustees President. The team’s first meeting was in March of 2004.

In the meantime, the national Interfaith Hospitality Network had changed its name to Family Promise to reflect the commitment communities make to families in need as well as the potential inherent in every family.

In Gwinnett County, the first Family Promise Director, Brent Bohanan, was hired in March 2005. St. Edward Episcopal Church in Lawrenceville donated part of its facility for a Day Center, and the first family was served in April of 2005.

In 2008, we opened the current Day Center, leased from First Christian Church in Lawrenceville for $1 per year. That year we also acquired our first transitional house.

In 2010, we began the mentoring program to offer ongoing support to families who graduate from Family Promise.

In 2013 Brent Bohanan resigned as Network Director to lead the Gwinnett County Habitat for Humanity program, and Chuck Ferraro was hired as the new Director in July that year.

Chuck had been previously involved in Family Promise as a board member and volunteer. He served as Director until February of 2017.

Matt Elder became Executive Director on March 1, 2017. For the previous four years, Matt had been working with Gwinnett County’s community development, affordable housing, and homeless programs. At the end of June 2018, Matt resigned to  join the United Way of Greater Atlanta in Gwinnett where he leads an effort to coordinate a strategic approach to homelessness and affordable housing.

Carol Love became the Executive Director in August 2019. She was the founding Director of Family Promise of Gwinnett’s SaltLight Center, and for five years prior to becoming Executive Director she was an associate at Wilbanks Partners where she focused on marketing, events, and client relationship management. Her business career began with Ernst & Young as an Analyst in the Fraud & Investigative Disputes Services Group, and she subsequently became a Marketing Associate in the firm’s Financial Services Advisory Group. Carol earned a bachelor’s degree in accounting from the University of Georgia’s Terry College of Business.

The COVID-19 pandemic in 2020 caused us to end the program of congregations hosting families experiencing homelessness for one week at a time. Instead, the community came together to refurbish a house where families we serve will stay during their entire time with us. Ribbon cutting and blessing of the home, called Promise Haven, was in November of 2021. 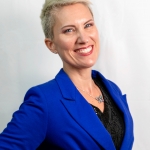 In January of 2022, we accepted our first two families at Promise Haven. 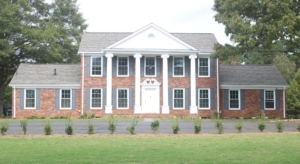